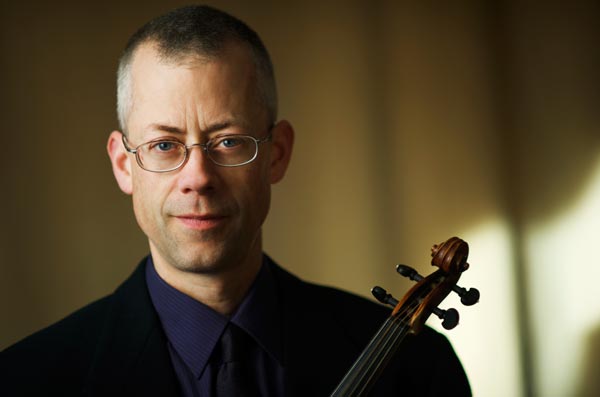 (PRINCETON, NJ) -- The Dryden Ensemble presents Bach’s St. John Passion as the crowning event in their 25th Anniversary Season. There will be three performances: Friday, March 13 and Saturday, March 14, both at 7:30pm at All Saints’ Church, 16 All Saints’ Road in Princeton, New Jersey and Sunday, March 15 at 3:00pm at Trinity Episcopal Church, 6587 Upper York Road, Solebury, Pennsylvania.  The concert is a rare opportunity to hear the St. John Passion in a rendition Bach might recognize.

The concert is a rare opportunity to hear the St. John Passion in a rendition Bach might recognize. The St John Passion is a choral work—but the choir Bach had in mind was not what most people think of today. Bach performed the Passion with a choir of just eight singers, two singers per part, and those eight singers sang all the solo parts as well, including that of the narrator or Evangelist. This is exactly how the Dryden Ensemble will score their performances of the Passion. When a choir like Bach’s is used, together with a small orchestra of 18th-century instruments like those he wrote for, the effect is wonderfully direct and personal. Instead of a mass of sound one hears individual lines emerge from the texture with greater clarity, and the soloists, rather than sitting aloof from the action during the chorales and choruses, are full participants in the heart-rending and cathartic events.

The Passions will be led by Scott Metcalfe, the acclaimed music director of Blue Heron, an award-winning Renaissance vocal ensemble in Boston. The choir includes eight superb Baroque singers, six of whom have sung in past Bach concerts with the Dryden Ensemble: sopranos Teresa Wakim and Margot Rood; mezzo-sopranos Kristen Dubenion-Smith and Kim Leeds; tenors Jason McStoots (Evangelist) and Aaron Sheehan; and baritones William Sharp (Jesus) and Brian Ming Chu. The orchestra includes current members, past members, and two newcomers.

In addition to these concerts, there will be three related events. The Princeton Public Library will co-sponsor “Herr Bach and his instruments” on Thursday, March 5 at 7:00pm and “The Musical Aims of Bach’s St. John Passion”, a lecture by Michael Marissen, an internationally known Bach scholar on Sunday, March 8 at 3:00pm. On Saturday, March 14 at 3:00pm at All Saints’ Church, Michael Marissen and Scott Metcalfe will be joined by theologian Ellen T. Charry in a panel discussion entitled “Troubling Voices in Bach's Sublime St. John Passion.” All three events are free and open to the public.

General admission tickets are $40-45 per concert and student tickets are $10 with a valid ID. Tickets may be purchased online at drydenensemble.org or at the door.

About The Dryden Ensemble: Named in honor of John Dryden, the English poet laureate whose words inspired Baroque composers including Purcell and Handel, the Dryden Ensemble specializes in performing music of the 17th and 18th centuries on period instruments.  A line from Dryden's Song to St. Cecilia captures the essence of baroque music and the ensemble's philosophy:  "What Passion cannot Musick raise and quell!"

The Dryden Ensemble is a not-for-profit organization under section 501(c)(3) of the Internal Revenue Code and a registered charity in New Jersey and Pennsylvania.