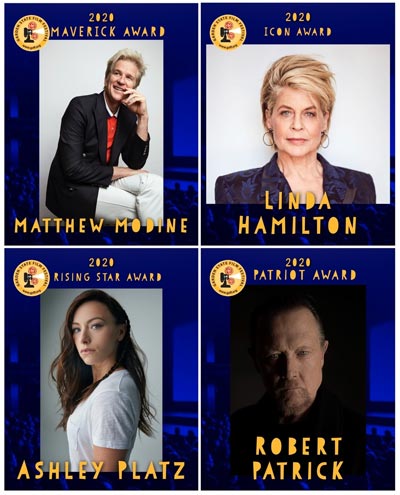 (ASBURY PARK, NJ) -- Celebrating its 18th Anniversary, the artistic philosophy of the Garden State Film Festival is rooted in the celebration of the independent film genre and celebrates this spirit through dramatic screenings and unparalleled film collaborations attracting a diverse audience from around the world. From Wednesday, March 25 - Sunday, March 29 in Asbury Park,  GSFF unveils world premieres, Hollywood stars, industry panels, and as a nonprofit enterprise, serves as an added economic engine for Asbury Park’s vitality through art, commerce and culture. In addition, intriguing panel discussions and can’t miss parties, will be held in numerous locations all over the city by the sea.

This 5-day event brings a large number of producers, directors, actors, investors, distributors, and industry talent to the State of New Jersey, the birthplace of American filmmaking.

In one weekend, you can enjoy over 240 films on all subjects, in a variety of lengths, showing in numerous locations all around Asbury Park, plus parties, celebrities, seminars, networking, free shuttle rides, and lots more. It’s a fast-paced weekend of non-stop fun for all ages. Films are shown in two-hour-long screening blocks that include a variety of works like shorts, feature-length, music videos, and trailers. Each screening block concludes with a question and answers session with the filmmakers and actors. Other events held throughout the festival include panel discussions and seminars on topics such as SAG-AFTRA Contracts 101 for Filmmakers, ESports & Virtual Reality, Demystifying SAG-AFTRA for Actors, Directors Panel entitled Small Screen, Big Screen: Directing Choices Different or not, and film distribution.

. For more information including schedule, tickets, and travel visit www.gsff.org