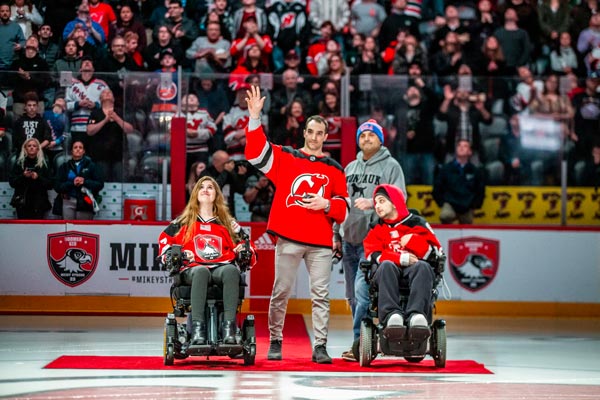 Proceeds from the game will go to the Nichols Family Trust to provide for Nichols’ medical needs, as well as the Christopher & Dana Reeve Foundation, which is dedicated to curing spinal cord injury by funding innovative research and improving the quality of life for individuals living with paralysis. The presenting sponsor, M&M’S, is also returning for a fourth year to help raise awareness for Nichols and his work to elevate the needs of the paralysis community.

“The Mikey Strong charity hockey game is an event I look forward to every year,” said Mike Nichols. “Each year the game continues to grow and I’m extremely grateful for that. I’ve always been a huge hockey fan and a big sports radio fan and seeing my two worlds collide with the common goal of creating a world without wheelchairs is special to me. Hockey is more than just a game. It’s a community of strong, like minded people, who won’t give up.”

In January 2014, Nichols sustained a spinal cord injury during a varsity hockey game when he was checked from behind, fracturing his C5 vertebrae. Following the accident, the Monroe Township student received a flood of support from the hockey community, including the New Jersey Devils, as well as WFAN. Six years later, Nichols now pays forward his gratitude by serving as an ambassador for the Reeve Foundation to help speed the development of treatments for spinal cord injury.

“We’re honored to once again play a role in the 6th annual Mikey Strong Charity Hockey Game, an event that perennially serves as a powerful testament of strength and display of inspiration,” said Esiason. “This partnership allows us to support two selfless organizations in their mission to support those living with paralysis and raise awareness and funds to improve their quality of life.” 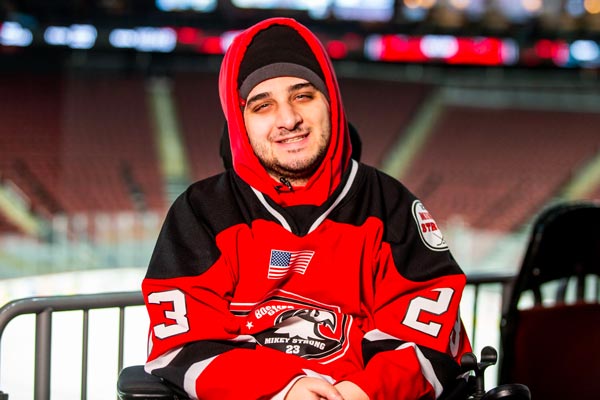 “We are thrilled to bring the Mikey Strong Charity Hockey Game back to Prudential Center for the fourth year in a row”, said Jake Reynolds, President, New Jersey Devils. “This is a truly special event and we are proud to support Mikey Nichols’ and the Reeve Foundation’s quest to curing spinal cord injury. It is inspiring to see so many legendary former NHL players come together on the ice to support this noble event.”

“We’ve been able to build an incredible bond with Mikey Nichols for the last six years; he’s a local hero and has done so much for spinal cord research in partnership with Reeve Foundation,” said Ken Daneyko, Devils Alumni and MSG Network Analyst. “Our annual Mikey Strong game is a fun way to get back on the ice and see the hockey community come together for a wonderful event.”

Since its inaugural charity game, over $400,000 has been raised to benefit the Nichols Family Trust and the Reeve Foundation. Funds raised from the Mikey Strong Charity Hockey Game will support the advancement of innovative research and the development of life-changing treatments for spinal cord injury. One of the research programs that Nichols has been a strong advocate for is The Big Idea, the Reeve Foundation’s most ambitious scientific endeavor to study the impact of epidural stimulation on individuals who have been completely paralyzed for years.

Epidural stimulation has enabled research participants to regain functions once thought to be lost following spinal cord injury. These functions range from standing, moving their legs, as well as autonomic improvements like enhanced bowel, bladder and sexual function. Most recently, epidural stimulation made international headlines when three separate research teams reported that individuals with both complete and incomplete spinal cord injury were able to take steps over ground with limited assistance as a result of the device and intensive rehabilitation. Currently, through The Big Idea, the Reeve Foundation is working to fund epidural stimulation on a larger, more diverse patient group in an effort to fast-track the therapy to the forefront of care. Simultaneously, there are efforts underway to develop more sophisticated technology that may allow people living with SCI to maintain balance, continue to bear weight and work toward stepping in the presence of epidural stimulation. 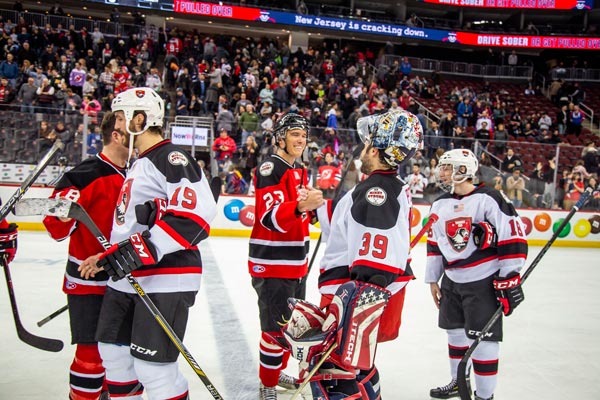 Presenting partner, M&M’S is returning for a third consecutive year to help raise awareness for Nichols and his efforts to elevate the needs of the paralysis community. M&M’S brand logos will be featured throughout the game via a custom dasherboard takeover and digital signage.

“M&M’S is proud to return for a fourth year sponsoring this great event. Mikey Nichols is an inspiration to all of us and M&M’S couldn’t be happier to support him and his charity,” said Ray Amati, Media Director, Mars Wrigley Confectionary. 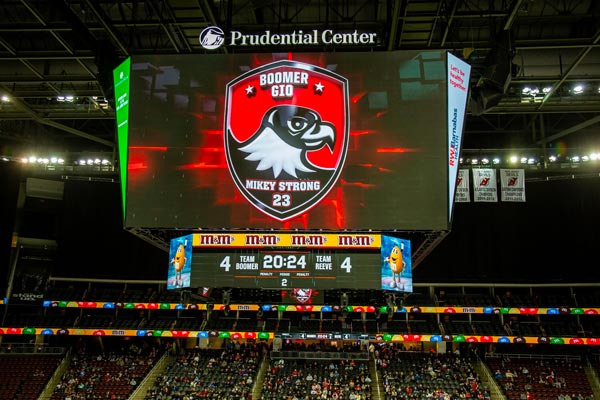